As venues start to reopen, with gigs being booked and drinks being poured once again, NOT NORMAL NOT OK calls for an end to ‘rape culture’ in the entertainment industry and beyond. 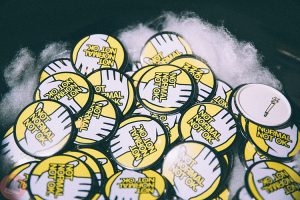 No one is ever ‘asking to get raped’.

It seems like an absurd sentence to say, but some still need reminding of this fact – no matter if someone is drunk or sober, quiet or laughing. If its late at night or if they’re wearing short fitting clothes. No one invites this monster in.

But sexual violence is such a systemic problem that we have coined an expression and granted it a place in the hallowed halls of society’s self-description. There is now ‘rape culture’. Like ‘gang culture’ or ‘knife culture’, although no one is ever accused of ‘asking to get stabbed’.

It’s prevalent too, dark stains across our social fabric. It’s all around us: at schools and universities, within the workplace, screamed at a stranger from the passenger side of a moving car. And as for the 45th President of the United States of America… 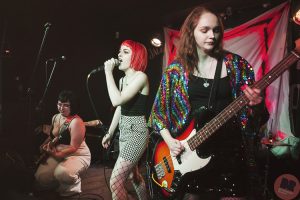 Rape culture trickles into nearly every facet of our society, influencing and excusing the sexual aggressors that hide behind its ubiquity.

It is destroying us; it is abhorrent. It won’t silently go away either, we need to first push it into the light and then out of the room altogether. And we need to do it now. 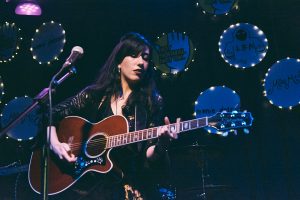 On a plus point, within the entertainment industry at least, there has never been a better time than right now – as lockdown restrictions are lifted and music venues, clubs, festivals, and licensed premises start open up and events creep back onto the calendar. Now is a golden chance for change.

We need it too. NOT NORMAL NOT OK launched in 2018, naming itself after a conversation I had with a local singer who had been groped by the man who booked her to perform – behaviour so familiar in the music scene around her that she felt it was almost ‘normal’, that people thought it was ‘OK’ to behave that way towards women.

(By the way, ‘groped’ in a legal lexicon is ‘sexual assault’ – here’s the official definition from the Crown Prosecution Service in case you think you’re too clever to end up in court: ‘Sexual assault is when a person is coerced or physically forced to engage against their will, or when a person, male or female, touches another person sexually without their consent.’) 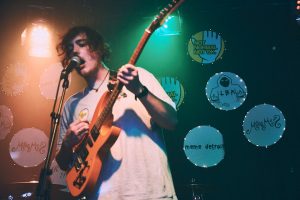 The point that spurned our campaign was that this kind of sexual aggression is not normal and not OK, all we needed after that was a logo.

But the roots of this violence come from an indoctrinated belief that it is simply part of human nature, that sex sells and lust compels. And whilst the most heinous of sexual violence crimes and carry a custodial sentence the rest are merely out-takes from someone’s own personal Carry On film.

So, let’s jump back to those terrible two words and clarify the clarion call that follows them: no one is ever ‘asking’ to get ‘raped’. And no matter how funny you think your actions are, or how ‘harmless’ the ‘bit of fun’ is in your head, it’s not. So, stop.

Find another way to impress your mates and a better way to talk to women. Because with enough clandestine endorsement this behaviour segues neatly into national news alongside words like ‘tragedy’ and ‘victim’.

Mercifully though, the answer is quite simple. Respect others. Be certain about consent. Remember that intimacy is a privilege, not a right or expectation. 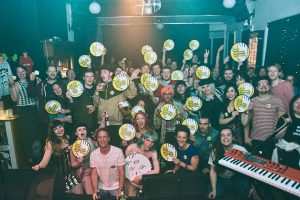 And just because you think you are unthreatening, or funny, your actions – to a stranger or someone within your own peer group – can be interpreted as aggressive.

Then remember that each of us is an example to the world around us. So, be a good one.

Let us put an end to the quickfire terms so readily describe the darkness – there should never be a ‘culture’ of ‘rape’, something so inexcusable should not have something so convenient to hide behind. And if you’re still stuck then repeat the name of our campaign: sexual violence is NOT NORMAL and it is NOT OK.

If you have been affected by sexual violence and want to reach our to the NOT NORMAL NOT OK campaign click here for our contact details.