A demonstration to boycott a popular city centre music venue was held on Friday 19 November, following allegations that a member of the club’s management sexually assaulted another staff member on a work night out. 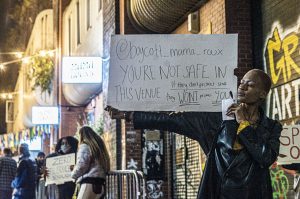 After a public call out via Instagram, people picketed outside Mama Roux’s in Digbeth until late in the evening, carrying homemade signs stating: ‘You’re Not Safe In This Venue. If They Don’t Protect Staff, They Won’t Protect You’, ‘Zero Tolerance For Sexual Assault’ and ‘SPEAK OUT’

The protest was organised after Taiya Wright, 24, living in Edgbaston, took to social media claiming she had been sexually assaulted by the newly appointed Assistant General Manager. An Instagram post published from the account @taiya.wright on Friday 12 November stated:

“On the 30th August 2021 I was sexually assaulted by a man I had known and officially worked with at Mama Roux’s, Digbeth for 3 days. 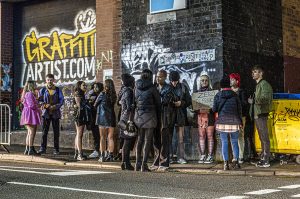 “We went on a staff night out and ended up in coyote ugly. Where I was groped and physically attacked in front of multiple members of staff.

“I reported my abuser Liam Mason to our senior manager Benjy Hill I was met with laughter. And told; “You love it though don’t you.”

“It wasn’t until I made a formal complaint that anything was to be done about this; in Benjy’s own words “If I thought he was a problem then I would have gotten rid of him.”

“The reception I received filled me with no confidence that anything just was going to be done.

“After I made my complaint things quickly began to grow uncomfortable at work I was made to work for Liam for 5 weeks with no support whatsoever from the company.” 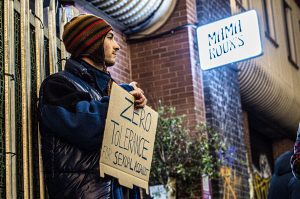 Ms Wright was hired as a bar supervisor at Mama Roux’s in October 2020 and promoted to a bar manager within six months.

According to his LinkedIn profile, Liam Mason was appointed as Assistant General Manager at Mama Roux’s in August 2021, having previously worked as Assistant Manager at Miller & Carter in Milton Keynes, and Malmaison in Birmingham.

“A statement was made and shared on social media regarding an incident that happened outside of our venue, but at the time of the incident involved members of our team. 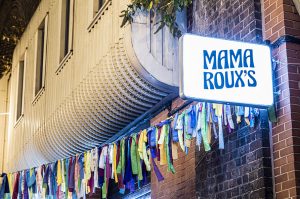 “We have reached out to the venue connected and have notified the Police about this matter – we hope the person involved in the incident also reports it to the Police as advised by us.

“It has been and will always be our policy as a venue to ensure we offer a safe space for our artists, our staff and our customers, so while these allegations are being investigated, we want to be clear; sexual assault, harassment and any acts of intimidation are not and will not be tolerated in our venue.

“We are taking important steps to ensure that we acknowledge any issues in our venue and improve on them. We have always worked to offer Birmingham a vibrant, safe and inclusive venue.” (To read Mama Roux’s statement in full click here.)

Ms Wright made her brave social media stance after reporting the assault to Mama Roux’s management and feeling she was ignored – as the incident was not immediately reported to the police or investigated internally. 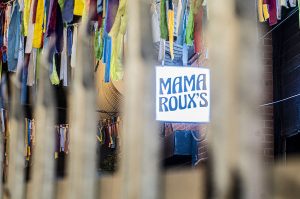 The demonstration on Friday 19 November marked the final straw for many who felt the venue management had failed in their duty of care and not taken the allegation seriously.

Scores of clubbers talked with demonstrators outside Mama Roux’s and decided to go elsewhere, not wanting to spend their weekend money in a venue with questions surrounding women’s safety and sexual violence.

Many of those who did enter Mama Roux’s carried informative postcards about the demonstrator’s reason for boycotting the venue.

One group of Birmingham University students walked away from Mama Roux after talking to demonstrators, along with a group of six women who had just come from Luna Springs.

Bear, 24, a student of Philosophy, Religion, and Ethics at the University of Birmingham said: “Last minute we talked to some of the protesters out front and we decided not to go in because it just didn’t seem like the best idea. 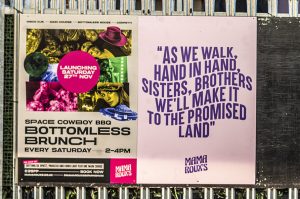 “It just seems like the people working at the club could’ve been doing more and it seems like they kind of brushed some things under the carpet for a long time and they just didn’t really address anything.”

“Then, they were forced to… put into a corner, when they should’ve just addressed it to begin with.”

Further posts on the @taiya.wright Instagram account also call out the behaviour and actions of the recently appointed Assistant General Manager.

Both posted anonymously, one told: “I too was groped by Liam on this night, and in the same way that Taiya described her assault.

“As I spoke to him that night he grabbed my neck to pull me closer and also held me tightly around the small of my back and bum. I avoided him the rest of the night but saw him attempt the same behaviour with others.” (To read the statement in full click here.) 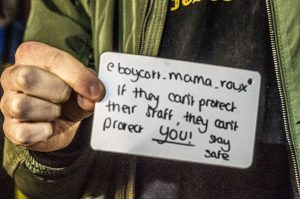 Whilst a second post stated: “On the 30th of August, I not only witnessed the assault of Taiya Wright, but I too was a victim of harassment. The staff party we were at was intended as a welcome for Liam, the new manager.

“However, as the night progressed, I and many other members of staff became increasingly shocked at his behaviour.”

“On the third time he groped my bum he came up close to me and told me to get on the dance floor, “I want to see you dance for me”.” (To read the statement in full click here.)

Speaking to staff at Mama Roux’s during the demonstration on Friday 19 November, one employee who wished to remain nameless said: “100% of bar staff agree with the protest, but we can’t just join them. We have bills to pay.”