I was told this by a senior police officer at Sutton Coldfield Police Station.

I had attended a pre-arranged meeting about bringing the NOT NORMAL NOT OK campaign to venues in the constituency and, to my face, in all seriousness, I was told: “we don’t have problems with that in venues here, there’s no sexual violence in Sutton Coldfield.”

Now, I know there is. I know people who have been raped, sexually assaulted, and harassed at work in Sutton Coldfield. And I know more than one.

On October 3 this year a woman was raped in some parkland near Princess Alice Retail Park, that one made the news too. So, there’s at least three.

John Cannan, convicted serial rapist and murderer, the only suspect in the disappearance of estate agent Suzy Lamplugh, he came from Sutton Coldfield. Cannan is up for release in 2022… I wonder if he’ll head for the home postcode, if he’s been properly rehabilitated of course. Anyway, four and counting – and call me a cynic but I suspect my grim list is not the end of this line. 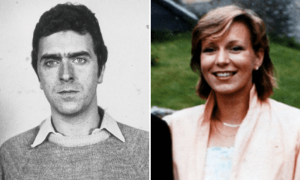 But as the same police that told me the absurd sentence the top of this page are investigating the very crime they said does not happen in the Royal Town, another dangerously held perception from the world of law and order is circulating.

Allott, whose remit is, was, to progress the North Yorkshire constabulary and encourage positive engagement between the police and public, went on BBC Radio York and told Georgey Spanswick (and the region) oh-so-helpful ways women in North Yorkshire could be safer on the streets.

This was following the abduction, rape, and murder of Sarah Everard. By a police officer.

I’ll let that sink in.

Once the justifiable fury in your head slips back to DEFCON 2, the immediate keyboard warrior counterpoint (which came relatively quickly and widespread via social media) was that Allot is, in a way, right.

Now detach yourself for a minute – try and hear the shouting on other side of the fence before climbing back to your garden of sanity. This is useful to work through 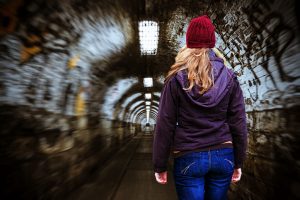 Yes – knowing more about the powers of arrest would have given Sarah Everard (or anyone being handcuffed by a serving officer who intends to abduct, rape, and murder them) some solid ground to stand on.

Having a laywer with her wouldn’t have been a bad idea either – or another police officer, one without the premeditation to rape and kill.

Or just having a gun, so is Allot suggesting we legalise firearms for women? Being a trained kickboxer would also have great benefits for women trying to walk home without being murdered, perhaps we should introduce mandatory martial arts for girls in PE at school?

Let’s think what else would have helped: the ability to freeze time, read minds, fly, run at 1000miles an hour, turn green and punch through concrete…

Or here’s a really crazy idea, how about having a police force that pays attention when its serving officers are nicknamed ‘the rapist’ and follows these red flags up with an effective internal monitoring/mentoring system. 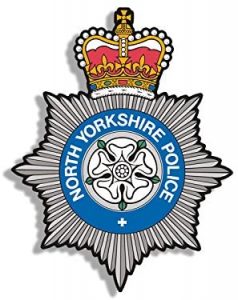 You know, just in case the idea of power over the public and the right of arrest attracts the wrong kind of candidate: “So, Mr Couzens. Why do you want to join the Police force…?”

The point I’m trying to highlight, through gritted teeth, hands clasped across my face, and various comic book references, is that Allott’s comment moves the onus of responsibility from aggressor to victim.

It’s not about the person wanting to rape and murder, it’s about what the person being raped and murdered did to ‘deserve’ it – or what they could have done to escape the violence.

In short, it was (at least in part) Sarah Everards fault. She should have known better, and if you don’t want to be the next poster at the next candlelit vigil then you’d better wise up too – according to Allott and most defence lawyers dealing with sexual violence cases. According to the sentiments behind the comment that opened this article.

There’s a list of these as well – from clothing to facial expressions, from language to laughter. 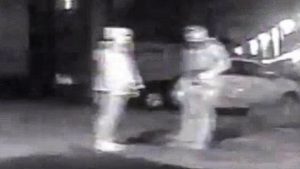 From how much light there is in the sky to how much alcohol there is in your bloodstream (after you’ve spent an evening in a business who sole purpose is to sell you alcohol, as authorised by the local authority).

And whilst I can see the base camp of Allott’s logical progression – the more you know the more you  can protect yourself against something – to apply that logic in the case of violence against women (or anyone) is sinister. Riddle me this Mr Crime Commissioner, if you get stopped by a police office how far does superior intellect get you?

But the point, or rather the aim, is to work with an effective police force – to establish valid relationships of trust and faith in response.

NOT NORMAL NOT OK works with police across the West Midlands, from differing departments, and there some superb people in position – often just trying to play with the broken toy they been left with.

But public confidence in the police is at a serious low point, and for a senior and public facing officer, sorry Crime Commissioner, to feel such statements are appropriate shows just how systemic the malaise about sexual violence is within the police community. 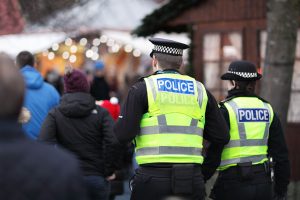 Not a Cressida Dick… ahem… ‘independent’ enquiry. Not a promise that never needs to be kept. And not an argument across the aisle more interested in public opinion than public safety, but real change.

Otherwise, we go on as before – keeping our eyes closed, our streets unsafe, and sweeping a growing pile of names under the carpet before stamping them down with our feet.

It’s not our fault, it’s everyone else’s fault. We’re fine.  Keep stamping, look things are fine. There’s no problem with our police force, there’s nothing to fix. Look around, everything is working just fine.

Things must be, there’s no sexual violence in Sutton Coldfield.